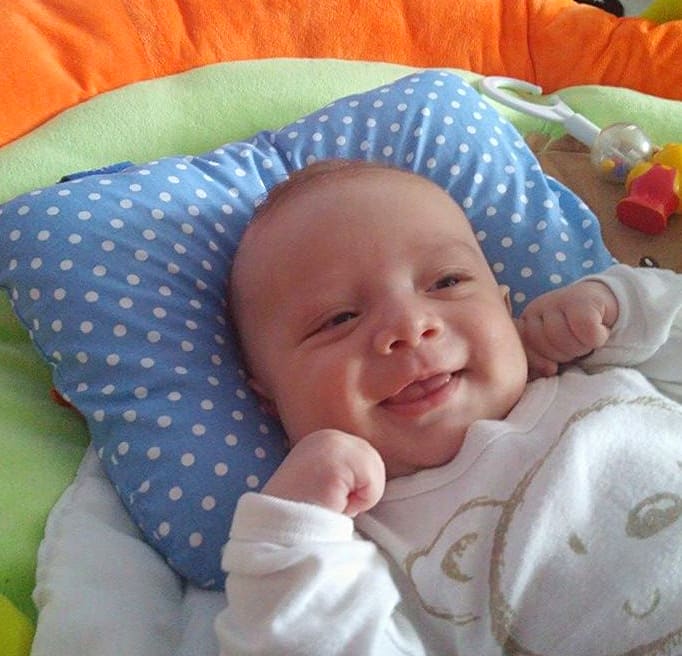 „When Bart reached 3 weeks of life, he started to be bugged with colic. To shorten his cry we started to lull him which calmed him. Bart used to fall asleep in a swaddle and slept on his back. We placed his head on both sides alternately but, unfortunately, he felt best when sleeping with the head straight. One day my fiancé and I discovered that his head became flat on the back side. So I started to shuffle through the Internet and I came across Head Care pillow. I found only positive opinions on the forum so I thought I’ll give it a try. The pillow was delivered to us in only 48 hours. Bart was 1,5 month old when we started to place him on it. It met his taste at once. He slept tight on it at night, lied in a carriage and played during the day. Today he is 4 months old and there is no sign of his head flattening. Thank you so much, Head Care, Bart and his parents”

3
We use cookies to give you the best possible experience on our site. By continuing to use the site you agree to our use of cookies. OK